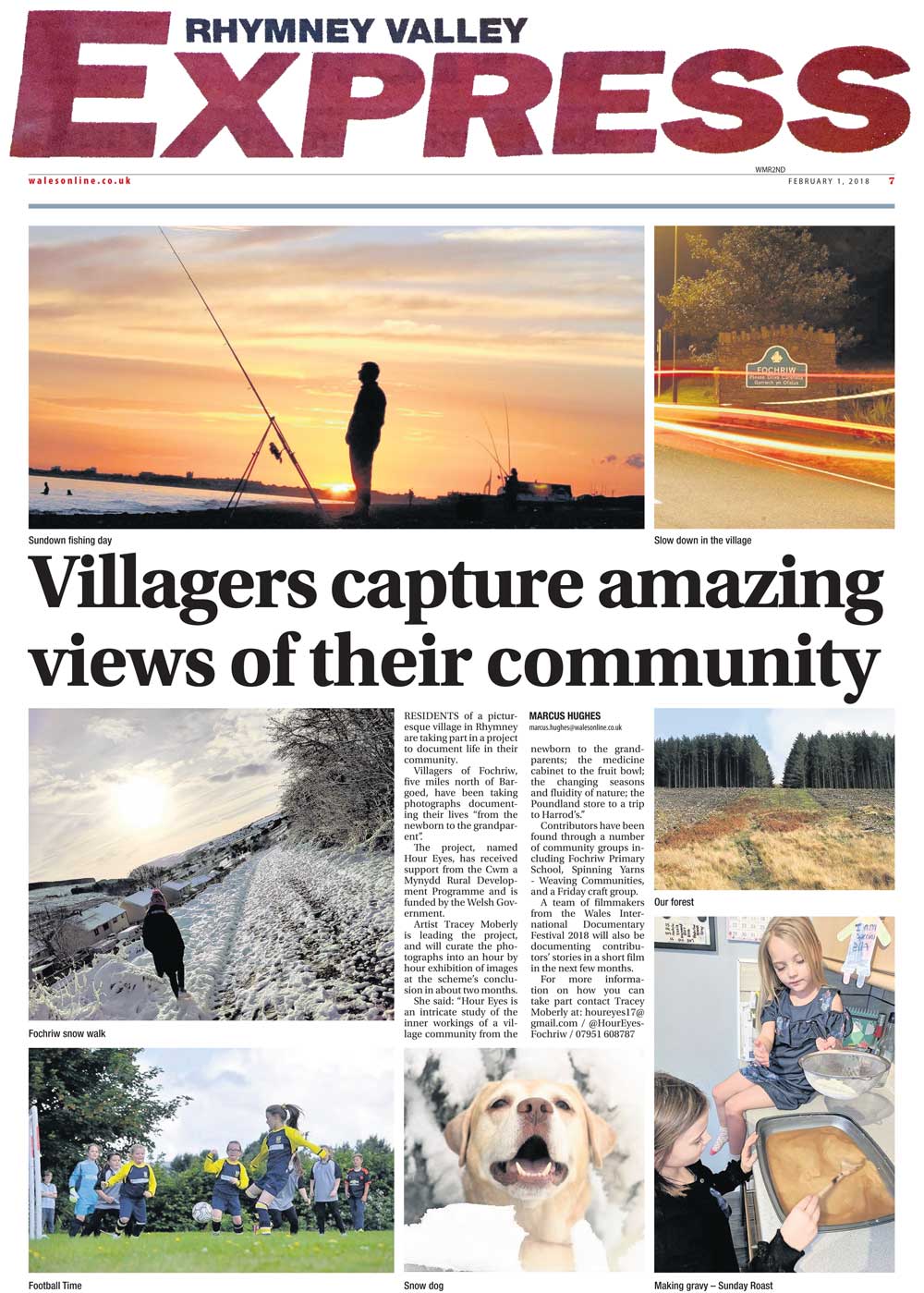 
Rnymney Valley Express Tracey Moberly Villagers capture amazing views of their community Thursday, February 1, 2018 By Marcus Hughes
Residents of a picturesque village in Rhymney are taking part in a project to document life in their community. Villagers of Fochriw, five miles north of Bargoed, have been taking photographs documenting their lives “from the newborn to the grandparent”. The project, named Hour Eyes, has received support from the Cwm a Mynydd Rural development Programme and is funded by the Welsh Government. Artist Tracey Moberly is leading the project, and will curate the pho- tographs into an hour by hour exhibition of images at the scheme’s conclusion in about two months. She said: “Hour eyes is an intricate study of the inner workings of a vil lage community from the newborn to the grand parents; the medicine cabinet to the fruit bowl; the changing sasons and fluidity of nature; the Poundland store to a trip to Harrod’s.” Contributors have been found through a number of community groups including Fochriw Primary school, Spinning Yarns - Weaving Communities, and a Friday craft group. A team of filmmakers from the Wales international documentary Festival 2018 will also be documenting contributors’ stories in a short film in the next few months. For more information on how you can take part contact Tracey Moberly at: houreyes17@gmail.com